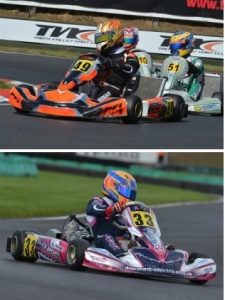 The Motor Sports Association (MSA) has relaunched this year’s MSA British Junior and Senior Kart Championships with a revised calendar and a stunning new prize package.

Promoted by Super One Series, the six-round championship will take place over three events, beginning on 3-4 June at Clay Pigeon and ending on 8-10 September at PFI. In between is a meeting on 26-27 August at Shenington. Competitors are able to hire Vortex engines from Strawberry Racing, or alternatively purchase them at a special discount price.

The two title winners will each receive an OTK-sponsored, full factory supported prize drive in the CIK-FIA World Championships at PFI on 22-24 September (if the MSA British Junior Champion is eligible for the OK class, he or she will be permitted to enter that class). If either champion is unable to accept this great prize, it will be offered to the vice-champion. Vega will also supply a tyre voucher for the Junior class, to be redeemed at any CIK-FIA event.

A further six free entries (three per class) to the world title event at PFI will be drawn randomly at regular intervals up to the end of round two at Shenington. These will include either a Tonykart or a Birel ART chassis, supplied by Strawberry Racing and Andy Cox Racing respectively, along with awning space. Vortex will supply engines, while Vega will again supply tyre vouchers to the Junior class. Vega/ACR is offering a further 24 sets of prize tyres over the six rounds.

Additional prizes include factory tours at the Mercedes AMG Petonas Formula One Team, M-Sport and Bentley GT. There is also a TAG Heuer watch for the winner in each class, along with a Koden helmet. The MSA is providing prize tickets to rounds of the FIA World Rallycross Championship and MSA British Hill Climb Championship, plus World Rally Passes for Wales Rally GB.

Rob Jones, MSA Chief Executive, said: “The MSA British Kart Championships are renowned worldwide for producing future world champions across our sport, including F1. Consequently we must always ensure that they set the highest standards in order to produce the best talent.

“This year we have undertaken, together with a significant cross-section of karting, a significant review of the MSA British Championships following the false start at Rowrah. We are extremely grateful to all those key players in the sport who have contributed to what we believe will be the most exciting, challenging and indeed for several competitors, the most rewarding, launch pad for their racing careers.”

Super One’s John Hoyle added: “We are delighted with the new format of the MSA British Kart Championships and the fantastic prize packages on offer. We urge competitors to register and enter for the first rounds as soon as possible.”

Eligibility for prizes is contingent on participation at all three events. There is also a fundamental requirement for at least 15 competitors to be registered and entered for the first round in each championship by the closing date of 30 April 2017. Those already paid to register with Super One in other classes will not be subject to an additional registration fee.

For full details of the championship regulations and prizes, please visit www.superoneseries.com.

The MSA is the sole national governing body for four-wheel motor sport in the UK, as recognised by the world governing body, the Fédération Internationale de l’Automobile (FIA). The MSA is a not-for-profit organisation (limited by guarantee) comprising around 750 affiliated motor clubs, which are represented by 13 Regional Associations nationwide. The MSA represents approximately 30,000 competition licence holders and 9,500 volunteer marshals and officials, and issues permits for around 5,000 motor sport events every year. 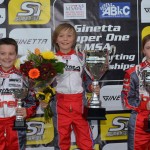 You’ve all been asking for it for such a long…